Chikmagalur is a city located in the Chikkamagaluru district of the state of Karnataka in Southern India, and is  famous for being one of the major producers of coffee in the country. Besides coffee, however, the city is also famous for its eclectic food and cuisines which are mainly variants of the types available across the rest of the region. The cuisines available in the southern states of the country are generally subdivided into four classes, one for each of the four states– Andhra Pradesh, Kerela, Karnataka and Tamil Nadu. 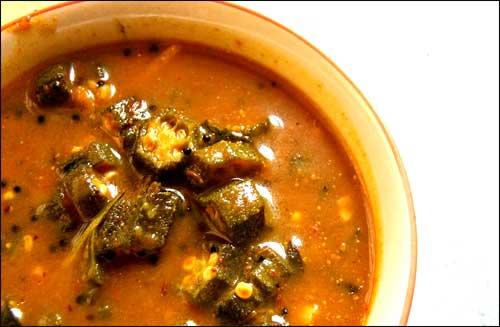 The cuisines in Karnataka are further subdivided based on the geographical location within the state boundary, where it is consumed – Chikmagalur being a city in the southern part of the state, is thus dominated by south Karnataka food and cuisines.

Known for being one of the mildest varieties of food available in the country, in terms of spices, the food available in south Karnataka is often referred to as the ‘Old Mysore Cuisine’ and is strongly dominated by several varieties of rice and ragi. The attraction of a typical meal that one is likely find in most places of the city of Chikmagalur, is either steamed rice or dumplings of ragi mudde.

The following serve as ideal side dishes for the two aforesaid items – playa, pickles, Tovvu (spiced lentils), Gojju, Thili Saaru (a peppery curry considered to be a variant of rasam) and Huli (cooked lentils in the form of curry). Besides the usual preparations of rice served as the main course in a meal, several other rice preparations are available, which are generally served as second courses in a meal. 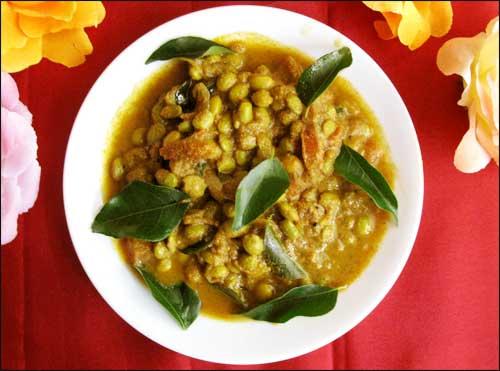 These include Hulianna, Chitranna and Bisi Bele Baath. One of the most popular vegetables that one can find in this city, in winter, is Avare Kal (the local name for Indian beans) – usali, huli and upama are well known dishes that make use of these beans in winter.

Butter and ghee are considered to be the traditional mediums of cooking food, generally subject to the financial conditions of the consumer. Yogurt is one of the most popular dairy products available in these parts of the country and is served right at the end of a meal.