Chikmagalur is truly a traveler’s delight with a varied landscape from the meadows to the mountainous regions of Malnad. This charming city is considered to be the perfect home for refreshment surrounded by plenty of coffee estates.

Chiseled against a mountainous canvas, the beautiful Malnad district is filled with marvels. Backpackers majorly hit the city during Dussehra to witness the cultural scenes and some brilliant folk performances. The hill stations, the waterfalls, the ancient temples, and the wildlife sanctuaries contribute enough to make this region an ideal place to enjoy an absolutely different kind of holiday. Moreover, it allows tourists to discover the mysterious treasures of Chikmagalur. 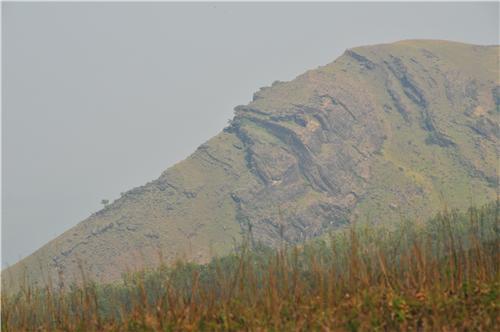 Once known as Chandra Drona Parvatha, Baba Budan Giri Range is located in the north of Chikmagalur city, and it is one of the highest mountain peaks between the Himalayas and the Nilgiris. Baba Budan, a  Muslim saint made Chikmagalur the land of coffee, therefore, in his honor the crest gets the name. 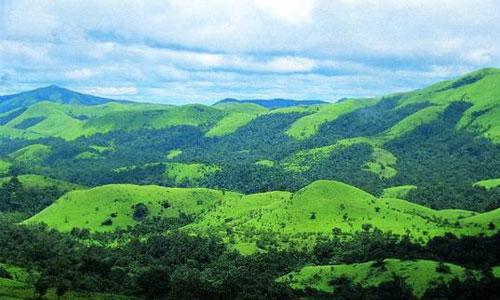 Kudremukh, literally 'a horse’s face' in Kannada got it's name due to the exclusive shape of the Kudremukh range. The Kudremukh hill station is located near the mountain summit, making it a pleasant place to stay. This is certainly a perfect place for adventure lovers as it makes you explore the forests through trekking while enjoying distinct birds and wildlife.

The K.R. Hills or the Kemmangundi is hedged by thick woods, and holds a pleasant weather throughout the year. It is besieged by the Baba Budan Giri range and glorified with silver cascades of mountain streams and luxuriant flora. It's attractively laid out exquisite gardens and fascinating mountain and valley views are a delicacy to the eye. Splendid sunsets are a must see from different locations in the district. For the adventure lovers, Kemmangundi offers several peaks to scale and tangled forest paths to explore. 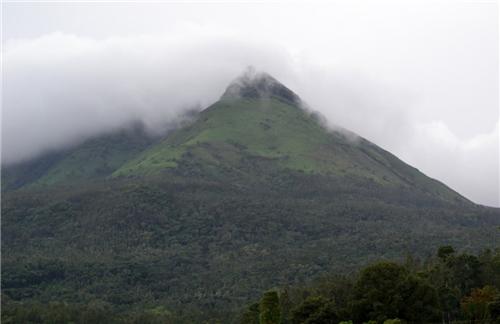 Most eminent of all the peaks in Karnataka, Mullayanagiri makes you enjoy nature at it's tip. It is believed to be one of the best places in Southern India. Mullayanagiri is part of the Baba Budan Giri Hills, and it's peak is noted for viewing sunsets. Along the way is Sitalayanagiri where the water in the Shiva temple is stable. The road to Mullayanagiri is extremely narrow with a view from steep cliffs. Arabian Sea is visible on clear days from the uppermost point of the hill. The little knoll in the temple compound is the highest peak in Karnataka.

Hanumana Gundi Falls is placed in Kemmangundi National Park in the middle of Kudremukh Road and Lakya Dam. The site displaying this dazzling waterfall is a prominent hiking spot. It is administered and secured by the forest department of the state government. Tourists can luxuriate in exploring the place, furthermore watching the beautiful waterfalls.

Located in Kemmangundi, the lovely waterfall is fortified with minerals. Moreover, the water stream is a source of drinking water in the area. The waterfall bifurcates into two parted water streams. In the midst of these separated streams, Chikka Hebbe is the small stream, while Dodda Hebbe is the bigger one. 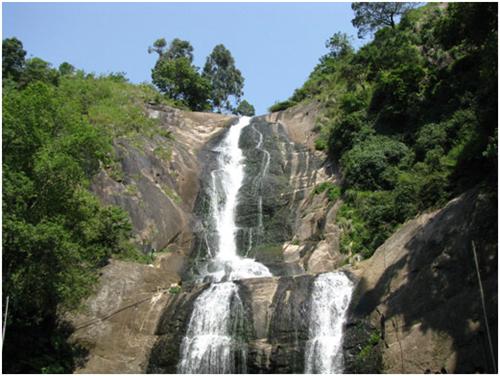 Kallahathigiri Falls a.ka. Kalahasti Falls, is about 10 kilometeres away from  Kemmangundi. The sight is too good to be true as the water flows from Chandra Drona hills from a height of 122 meters amidst a breathtaking view. Soon after crossing the waterfall, you can visit the ancient Veerabhadra temple devoted to Lord Shiva.

This beautiful waterfall is located close to the Kudremukh National Park. It is really enchanting to watch during the monsoon as the water stream flows down in force.

Manikyadhara waterfall is close to the popular pilgrim center, Baba Budan Giri Dattatreya Peetha. The visitors can feel the water stream sprinkling down throughout the year. Other than touring, the waterfall is considered sacred by the locals, and they believe that  the water can cure several skin disorders. Furthermore, there are many shops in the vicinity sell herbal medicines.

This place is an important valley of the Tungabhadra river. The magnificent lake here is the major water harbor to many districts in the rain shadow territories of south Karnataka. The woods here are loaded with bamboo trees, and distinct birds uncommon to the Malabar as well as the Sahyadri ranges. Gangamoola is situated in the middle of the thick woods. The major rivers, the Tunga, Bhadra, and Netravathi originate from this region. Nevertheless, you can not reach Gangamoola during the monsoons.

The Kudremukh National Park is the topmost wildlife protected area of all the tropical forests in the Western Ghats.

Amritapura is well-known for the Amritheshwara temple built by the the king of Hoysala dominion in 1196 A.D. The elegant and unconventional architecture of this temple made it one of the remarkable designs of the Hoysala age.

Balehonnur is based on the coast of river Bhadra in Narasimharajapura district. Veerabhadra temple together with Shrimad Jagadguru Rambhapuri Veerasimhasana Mahasamstana Peeta are the two major tourist attractions in this area.

Belavadi is popular for the sumptuous temple of Veeranarayana. This region is also well-known for the
temple of Udbhava Ganapathi.

The two ancient temples, Sri Lakshmikantha temple along with Sri Siddeshwara temple are visited by a lot of travelers in Devanur.

Placed at the Baba Budan Giri is the Guru Dattatreya Bababudanswamy Darga, worshiped by the Hindus and the Muslims. A fakir handles the prayer service at this place. Furthermore, several Muslims and Hindus drop in for the yearly jatra.

The ancient Annapoorneshwari Temple is in Horanadu. This region is hundred kilometers away from southwest of Chikmagalur. The temple has been restored, post which the temple is known as Adi-Shaktyatmaka Shri Annapoorneshwari. The place captivates great number of pilgrims who are provided with free food and accommodation by the temple.

Marle is the home for all the prehistoric temples, and Chennakeshva temple is the most important temple among them.